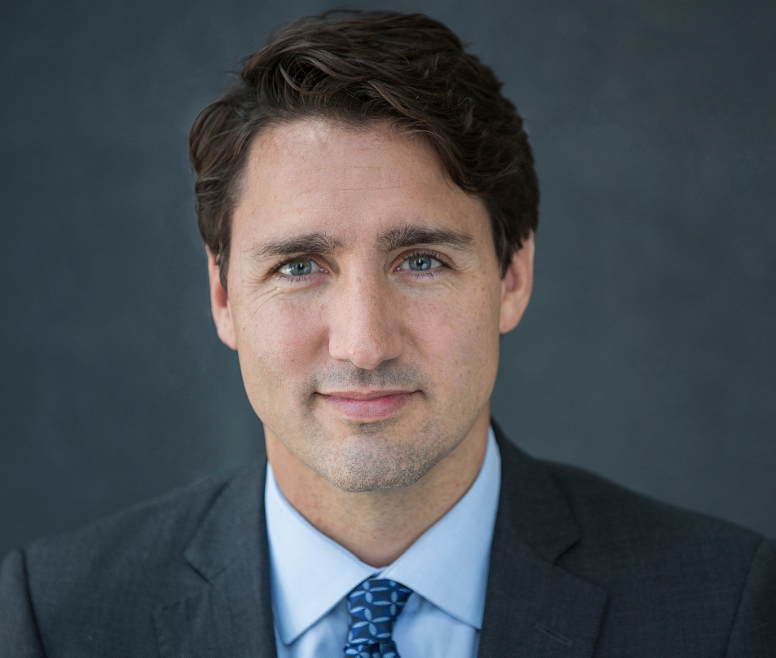 I want to begin this morning by reflecting on the reports and videos that have continued to surface in the last few days, of violence against Black Canadians and Indigenous peoples.

Our communities are suffering from inequality and racism, including in the context of the pandemic. All you have to do is look at a map of COVID-19 cases in Toronto and Montréal to see that Black Canadians have been hit harder by the virus.

And I want to talk about what this means for our path forward as a country. On Friday, I went to a rally on Parliament Hill to show my support and listen to what community leaders and Black Canadians are calling for. I hear you, and I see you.

As you call out systemic discrimination, racism, and unconscious bias. As you call for action and as you call for it now. The reality is that many people in this country simply do not feel protected by the police. In fact, they’re afraid of them. That alone would be bad enough. But systemic discrimination and racism in Canada goes much further than just policing. It’s about poverty and mental health. It’s about the fact that people are all too often treated like criminals instead of receiving the support that they need.

We, as governments, need to work together. We, as leaders, need to recognize that these problems are tied to economic inequality and the racialization of poverty.

And we need bold measures to address this. Our government promised to address systemic racism and injustice. We knew that this work had to be informed by the lived experiences of racialized communities and Indigenous peoples. So we listened. And we worked together to change things.

We invested in mental health resources and youth programs for Black Canadians. We worked to close the gaps in services for Indigenous communities.

We funded Statistics Canada so they could create a Gender, Diversity and Inclusion Statistics hub. And this work culminated in the release of Canada’s Anti-Racism Strategy for 2019-2022, and the creation of an Anti-Racism Secretariat. Just last fall, we appointed a Minister to focus specifically on diversity and inclusion.

Together, we have made progress. Progress that has meant support for groups like the Black Health Alliance, and new schools for Indigenous kids.

I also spoke with Commissioner Lucki of the RCMP this morning. The Commissioner assured me that she will use all available tools to take quick, solid action. On our call, one of the things we discussed was the adoption of body cameras. I’m committing to raising this with the provinces and territories this week, so we can move forward as quickly as possible.

Minister Blair has also reaffirmed to me his commitment to improving Indigenous policing.  And later today, I have a stocktake on reconciliation to discuss our work with Indigenous communities. I am committing to you that this work will continue to accelerate the pace of change.Because you deserve real commitments, as quickly as possible, that address the root causes of these problems.Things have to change. But repairing centuries of injustice, exclusion, and violence doesn’t happen overnight.

We have to work together and we have to work hard.Today, I pledge to continue leading the charge.And our government will work as hard and as quickly as possible to build a better, fairer country with you. There’s no doubt that the last few months have been harder than anyone could have expected.

This pandemic has meant different challenges for everyone.But, no matter who you are, and no matter what you’re dealing with, a little bit of help can make all the difference.

Maybe your employer has been able to keep you on the payroll because of the wage subsidy, a program that’s supporting 2.5 million jobs. Perhaps you got some extra help through the Canada Child Benefit, or you’ll receive more money with the top-up to your Old Age Security pension.

Or you might even be one of the 500,000 young people who has accessed the student benefit, helping you pay for next year’s tuition.Over the past few months, we have worked hard to help people get through this crisis.And the programs we created and the investments we made are making a real difference.   I am thinking, for example, of a story Anthony Housefather told me about Franklin Empire, a company in his Montréal riding that manufactures electrical products.

This family company has been in business for four generations and employs over 500 people in Quebec and Ontario.The business was doing well, but when the pandemic hit, it had to close its shops and its assembly lines.It wanted to keep its employees, but could not do it alone.And that’s where the Canada Emergency Wage Subsidy came in.

The company was able to rehire all of its employees and, with our support, pay them their full salary.That’s 500 people and families who are receiving a paycheque like normal, despite the pandemic.This is just one example, but it shows why programs like the Canada Emergency Wage Subsidy are so important.But we know there is still work to be done. On Friday, I announced that the federal government would contribute $14 billion toward a safe restart agreement with the provinces and territories, for the things that all Canadians need as we get our country back up and running.Right now, we’re working with the premiers on what this restart could look like in the coming months.

And as we do that, we’re staying focused on people’s new realities.  If you work in a hospital, or in a business that’s reopening, you’ll need personal protective equipment to stay safe.If you’re back on the job, you might need transit, childcare, or the option to take time off if you’re ill.If you’re a senior, or at higher risk from COVID-19, you may need some extra support.

These are the things that Canadians are thinking about.So it’s what we’re thinking about, too.The provinces and territories are all facing different realities right now and we must take them into account as we prepare the next steps.But regardless of where you live, we are working with your premier to reach a restart agreement that will allow us to together ensure your safety and security.

In addition to working on this agreement, the premiers and I have also discussed Canadians who are separated from their loved ones because borders are closed.We obviously want families to be together, but our priority remains the safety of Canadians.This is an incredibly difficult time to be apart from a spouse, a child, or mom or dad.We hear that.That’s why we’re bringing in a limited exemption to allow immediate family members of citizens or permanent residents to come to Canada.

I want to be clear, though.Anyone entering the country will be required to quarantine for 14 days.And if you don’t follow these rules, you could face serious penalties.I know that Minister Mendicino will have more to say about all of this later today.I know that after this very difficult spring, people are hoping that the summer will be easier.

Things are starting to get better for everyone.But we know there is still a lot of work to be done.

And Canadians can count on our support in the weeks and months to come.

Gender Equality is about having a voice and choice in society